After four days of flight, and despite various threats and disasters, The Black Meridian lands near Irkendale, home to the refugees of Harrowdale, to let its passengers depart. Castiel helps unload the horses, carts and nuns they collected from Bastard! on the way, while Mrrurrr and Max make themselves comfortable for the long haul. Saga and Tibié say goodbye to Indigo-7, who must fly the Meridian to the Overworld outpost of Starport to obtain desperately needed repairs; he gives them a crystal fatestone, chipped from the Fate Core of the ship, as a way to establish magical contact in the future.

A week passes as the adventurers make their way back to Shadow Port – staying in roadside taverns, marveling at the beautiful/imposing/terrifying countryside of the Dragon Empire, briefly tangling with a magical academy of feral children hiding out in the woods… pretty standard stuff. They get home just in time for Shadow Port’s Sea Foam Festival, a great celebration marking the end of spring, and the town is alive with events, parties, food, drink, pickpocketing contests and the like! 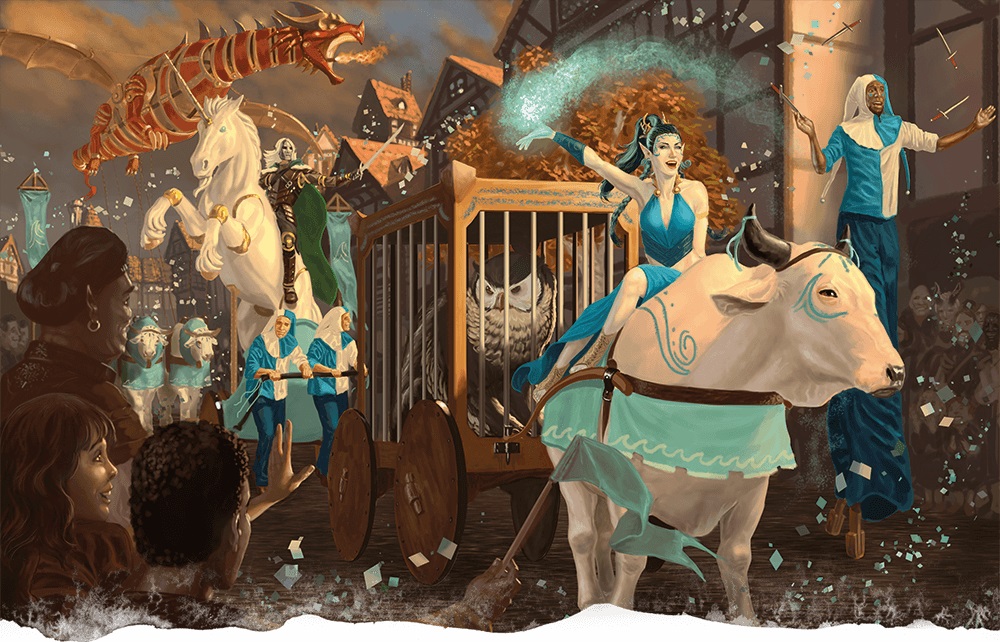 At last they reach the Ring a’ Rosie tavern, only to find it scarred by fire – and patrolled by The Red Knives, the gang they tangled with months earlier. Tibié leads her friends in through a secret path to find – Rosie, Uncle Umm and the tavern’s staff, plus Janus and Saga’s friends Berrum and Cilvyr, waiting to launch a surprise Welcome Home party! But there are also some less expected guests on hand, such as Brutus and… Cousin Shrug?

The heroes try to put the strangeness to one side and reconnect with their friends. Rosie explains that Shrug arrived in town a few days ago with the news that the heroes were returning; the gnome fixer drops a few comments about ‘your thrilling adventures’ and Mrrurrr regards him with suspicion. Max greets Brutus warily, given their last encounter; the bugbear explains that he’s taken over the Red Knives and is working to rebuild the gang’s reputation. He says he bears no further grudge against Max, but still, it’s awkward. In fact, there’s kind of an awkward air around the whole party, like something’s not being discussed, so Tibié leans on Uncle Umm until he finally explains everything.

Every year, the Sea Foam Festival ends with the Taverns of Distinction contest – or as most folks call it, The Prince’s Pubquest. Five taverns compete in five categories! The two that score the most point receive the Prince of Shadows’ seal of approval, ensuring their popularity with the city’s criminal classes – but lose the contest and the Prince will call his debts due. The Ring a’ Rosie has placed highly for the last three years, so this year its rivals are sabotaging all their efforts. The judging is just 40 hours away, and if our heroes can’t help their friends to victory, the Ring a’ Rosie will go bankrupt! 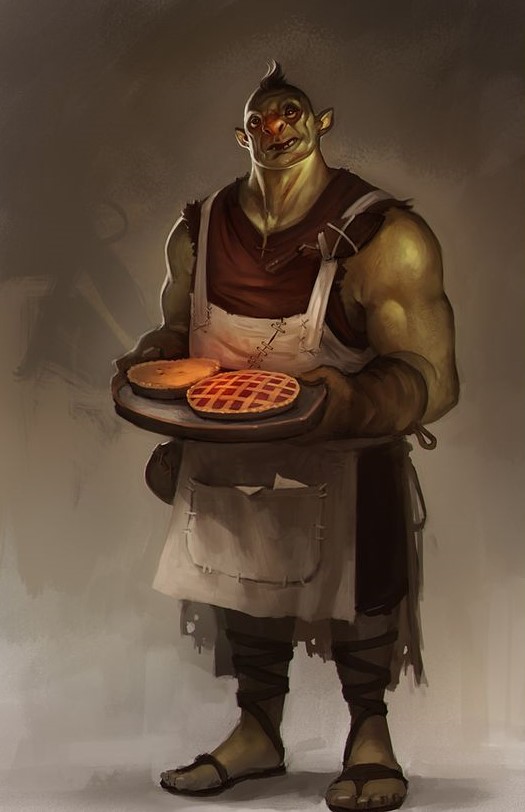 The five categories, and the challenges our heroes must overcome:

Uncle Umm also fills the team in on the four rival pubs: