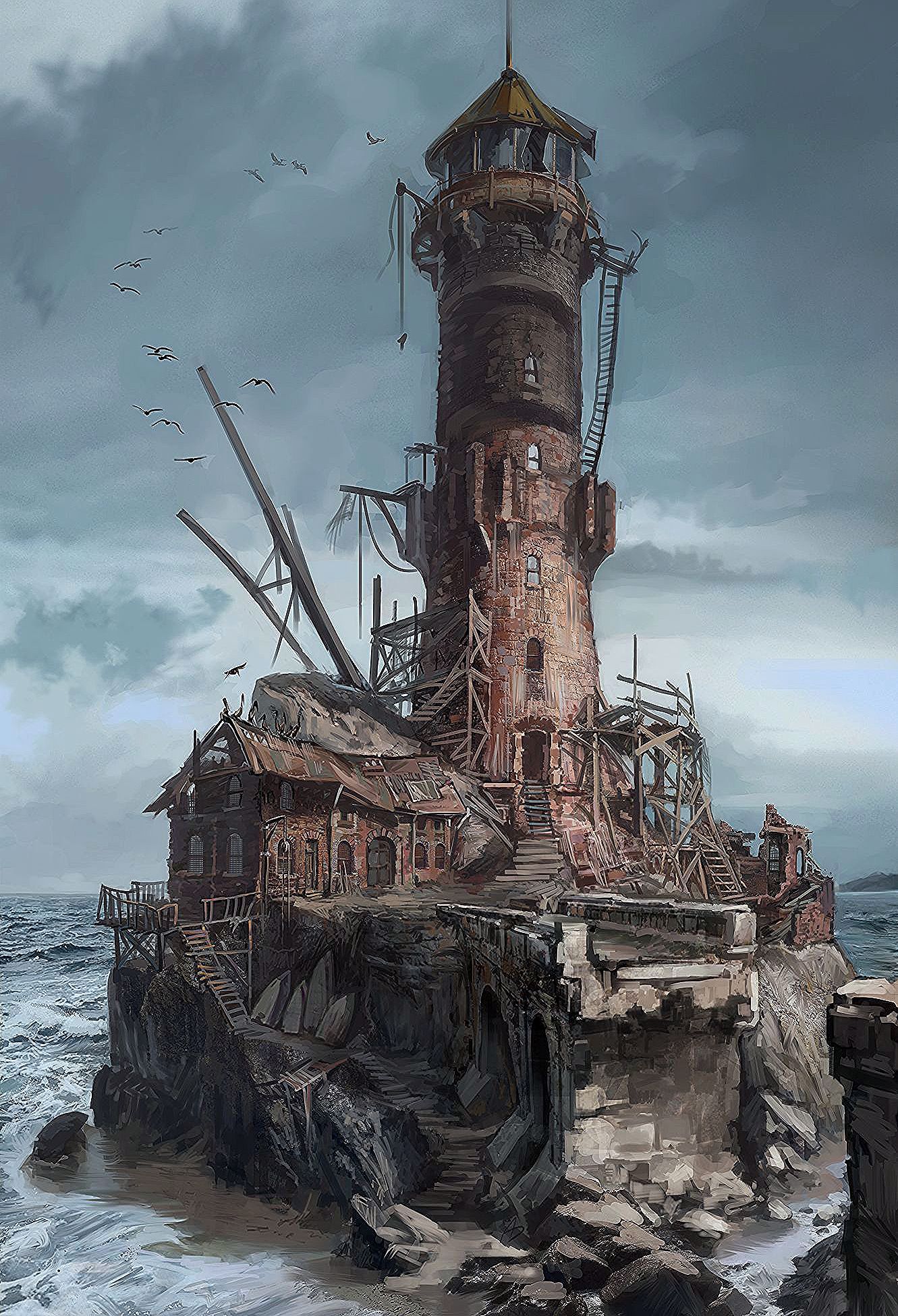 Saga and Tibié discuss the complexities of rune magic as they head to Reefwatch Lighthouse, an hour’s walk from Shadow Port. The lighthouse is old and run-down, and the adventurers can hear harp music and faint singing from near its peak, while on its steps they find lifelike stone statues of two chickens and a plump man with a notepad. Suspecting what may lie ahead, Tibié creates a magical mirror floating before them, and they climb the stairs (passing a stone cat) to the top and call through a door to the musician – who tells them that yes, she’s Petra, and they must leave before something terrible happens! 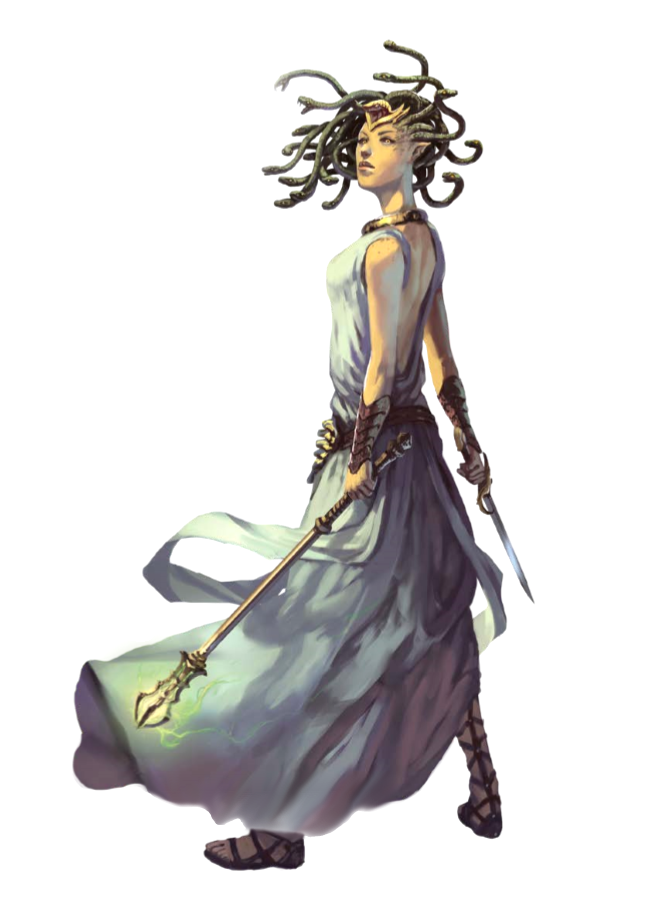 They convince her to come downstairs to talk, and in the mirror they see a young half-elf with snakes growing from her scalp. An ancient curse upon Petra’s family has doomed her to become a medusa – she has hidden at the lighthouse to avoid hurting anyone else, and can’t come back to Shadow Port. Tibié examines Petra’s fate and sees a strand of reptilian destiny woven into it – something she could reweave, given time.

But there’s no time to spare, as the lighthouse is attacked by… upper-class pirates? It’s the Golden Cutlasses gang, here to force Petra to perform for the Crow’s Roost at the Pubquest! A dozen gangsters attack the adventurers, which turns out to be an incredibly bad move on their part – they retreat a few moments later, blinded, frozen and thunderstruck by Saga and Tibié’s powerful magics. With that cleared up, Saga plays a song to lull Petra’s petrifying head-snakes to sleep for a day or so; she agrees to perform for the Ring a’Rosie at the Pubquest, and the three return to Shadow Port.

Meanwhile, Max and Mrrurrr spend the day making plans for tomorrow’s Pubquest events. They scope out a path for taking the massive floral arrangement from the pub to the judging grounds in Portview, one that should minimise the risks of being ambushed by rivals. They also review the rules of the upcoming cross-town race, which Max will likely compete in for the pub; he decides he’ll take a route through The Docks, and arranges for his local criminal contacts to help him win as he runs along the waterfront.

(Also meanwhile, Castiel tries to protect his group of bureaucratic nuns as they run from gangsters with their gambling winnings.)

Max and Mrrurrr return to the Ring a’ Rosie, where they find Saga and Petra rehearsing their song for tomorrow and Tibié building a snake-containing wig. The adventurers relax from their productive day and prepare for tonight’s meeting with a smuggler. Rosie interrupts the discussion with news – the city has released the organisation details of tomorrow’s judging, including the names of the judges. They include Lady Agatha Swanblood, who may be a friendly face on the panel, but also Fabius Prescott, a wealthy merchant from Glitterhaegen – and the man from whom Max stole the Wyvern’s Egg after killing his pet megaconda.

This could be… awkward.