Crowds gather throughout Shadow Port to watch the Taverns of Distinction contest, and flocks of telepathic parrots fly around the city to repeat commentary and announcements. The Ring ’a Rosie is just one of five taverns competing in what is better known as The Prince’s Pubquest – and if they don’t win, Uncle Umm may lose both his tavern and his thumbs.

At the city gates, Max prepares to run a frantic race across the city, hoping to defeat representatives of the other four taverns – a slithery naga, a newt-fingered dark-elf, a beggar in a high-speed wheelchair and a foul-mouthed cabin boy. And in the arena in Portview, Tibié takes a seat next to Rosie and Saga as the judges – a terrifying sea hag, a respected librarian, an other-dimensional elemental, Lady Agatha Swanblood and Fabius Prescott – enter, ready to review each pub’s offerings. 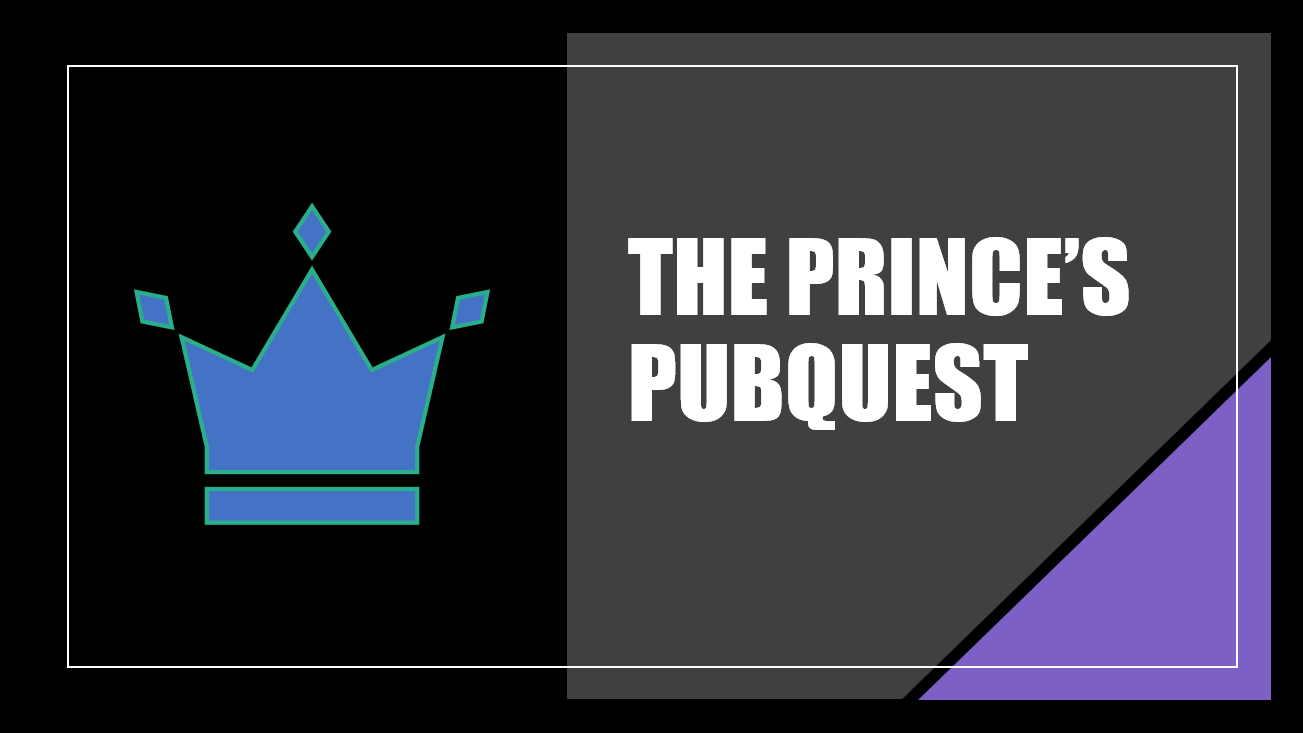 Pie Round: The judges are unimpressed by mediocre pies from The Crow’s Nest and The Leaky Shack, while the pies presented by Snakeoil and The Crimson Fish do better. Happily, the Ring ‘a Rosie’s ‘green salty fungol’ pie proves to be a hit, with the rich flavours of the Dire Wood truffles balanced by fruity undercurrents and the piquancy of a denatured poison that Saga introduced at the last minute; several judges enjoy the sensation of very briefly dying as part of their dinner. But victory is undermined by Fabius Prescott, who gives the Ring ‘a Rosie a terrible score while praising the Crimson Fish’s unexceptional pumpkin pie; our heroes (and some other judges) suspect bias.

Beer Round: No-one scores particularly highly this round, and the judges seem critical of everyone’s offerings. The crowd grows restless, demanding more.

Entertainment Round: Disaster strikes! While Saga and Petra put heart, soul, key changes and wind effects into their power ballad, they are sabotaged by agents of The Crimson Fish, who awaken the snakes in Petra’s hair. Saga and Tibié avoid any accidental petrifications, but the musical number is cut short and scores poorly. They still do better than The Crow’s Nest (a rubbish sea shanty) and The Crimson Fish (gelatinous cube wrestling that goes fatally wrong), but the Leaky Shack (a stumbling jig) and Snakeoil (pole dancing) move into the lead.

Flower Arrangement Round: The Ring a’ Rosie roars back with a gorgeous arrangement of rose petals and illusory narwhals that every judge (other than Prescott) scores highly. The Crimson Fish is blasted for yet again presenting a corpse flower suspended within a gelatinous cube, and Snakeoil’s orchids-and-serpents display is just short of pornographic, but the other two taverns get respectable scores.

Coming out of the four rounds, The Ring ‘a Rosie and Snakeoil are tied, and The Leaky Shack is close behind – all will depend on the outcome of the race. 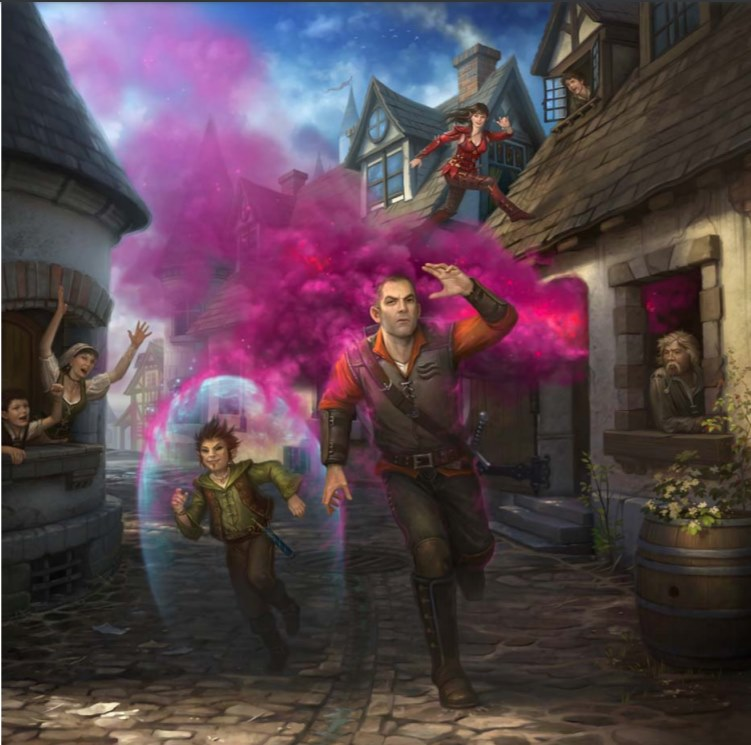 MORE OR LESS MEANWHILE
And they’re off!

Max stumbles out of the starting line, lagging behind the other competitors as they take different routes through town. He races down to The Docks, where cabin boy Ragged Ned (representing The Leaky Shack) is eating up the terrain. But luck soon breaks Max’s way – luck in the form of his dockside criminal contacts, who pile obstacles in Ned’s path as Max clambers speedily though the rigging of various ships. He parkours through a confrontation between thugs and merchants, gaining ground as the other competitors face their own challenges. Not even the Blood Fin mercenaries can slow him down – they release a swarm of winged monkeys to attack him, but Mrrurrr breaks up the pack with her skeletal minions, and Max holds on to a flying chimp just long enough to give him the lead.

With a slim but decisive lead, Max reaches the clock tower at the far end of Shadow Port and begins to climb. The naga and Ragged Ned are close behind, and Max almost falters as he climbs, but he draws upon his last reserves of strength and his swaggering panache to keep going – and he reaches the top first, winning the race and enough points to ensure that the Ring ’a Rosie wins the Pubquest by a wide margin!

The day is saved! The tavern is triumphant! Our heroes are feted!
It’s a victory they’ve all earned, and it’s good that they take time to enjoy it. For much greater and much more dangerous challenges are soon to come…