Fiend who's had it up to here with you people

The Infernal Judiciary offered up Abraxas to the Wizard King as a political hostage, as was usual practice during his reign. Magically bound and chained, he was being taken to Omen on board the Black Meridian, prepared to spend ten years in supernatural servitude.

Then the Wizard King died, the Black Meridian crashed into a mountain, a magical mishap locked the wreck into a 1-hour fatetime loop and Abraxas spent nearly 3000 years staring at the same spot on the wall of his cell. It wasn’t much fun.

In order to gain Abraxas’ help, Castiel Rook freed the devil from his prison, but bound him in turn. Now Abraxas exists as a discorporate consciousness attached to Castiel’s soul, tempting him with knowledge and annoying him with sarcasm.

Who knows how long this situation will last… 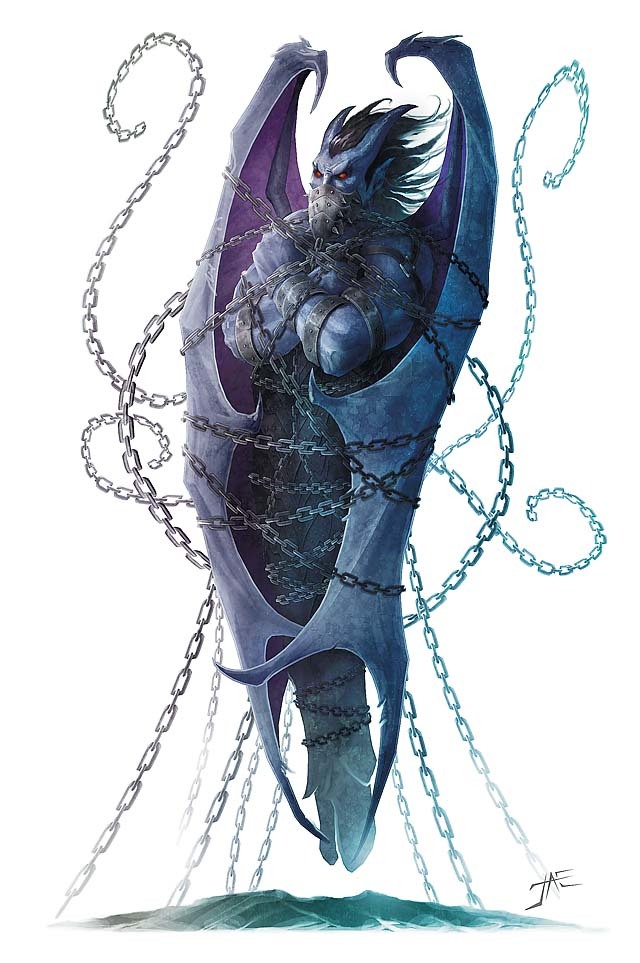