Rogue born within the Lair of the Stone Thief

Max Power is a charming rogue. No, really — this Half-Orc is a swashbuckling, streetwise rogue. Sometimes his mouth is even faster than his preternatural reflexes, which causes awful trouble. Physically, he bears an uncanny resemblance to Nicolas Cage (in the big hair days). He wears armour crafted from the scaly hide of a gigantic serpent, and lots and lots of daggers and throwing knives.

Max Power was born within the Lair of the Stone Thief, a predatory living dungeon that roams the Dragon Empire. His mother was Zarah Power, a legendary paladin, but Max made his own way as a cat burglar and street thug.

Recently, Max took a commission to steal the Wyvern’s Egg from Fabius Prescott. He passed the mystical gem to Rosie in Shadow Port, but Prescott wants payback, and other parties want the Egg. Can Max parkour his way out of this problem? 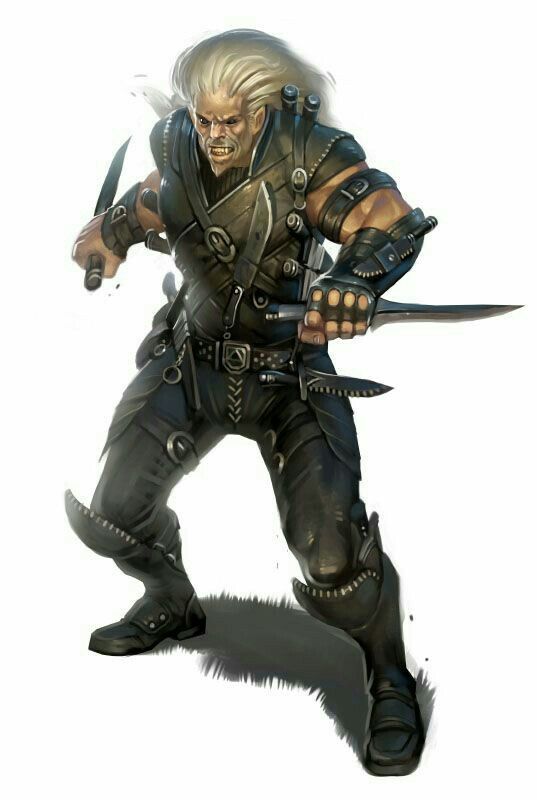