Captain in the Imperial Guard

Pharos is a member of a wealthy family with a long history of service to the Emperor. Like most members of his family, he entered the Imperial Army with an officer’s commission – but rather than leading the fight against the forces of the Diabolist or Orc Lord, he was assigned to guard a minor Imperial Archive garrison in Harrowdale.

He’s not happy about this. At least now there are trolls to fight – perhaps that’s how he can gain some attention from the Emperor.

While Pharos is too arrogant and officious to be considered a ‘good’ man, he’s firmly on the side of the Empire and will fight to defend its citizens. 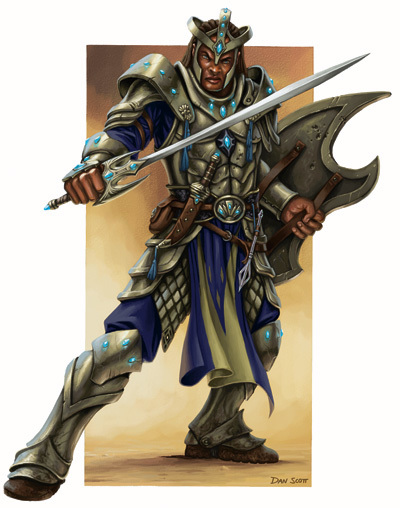